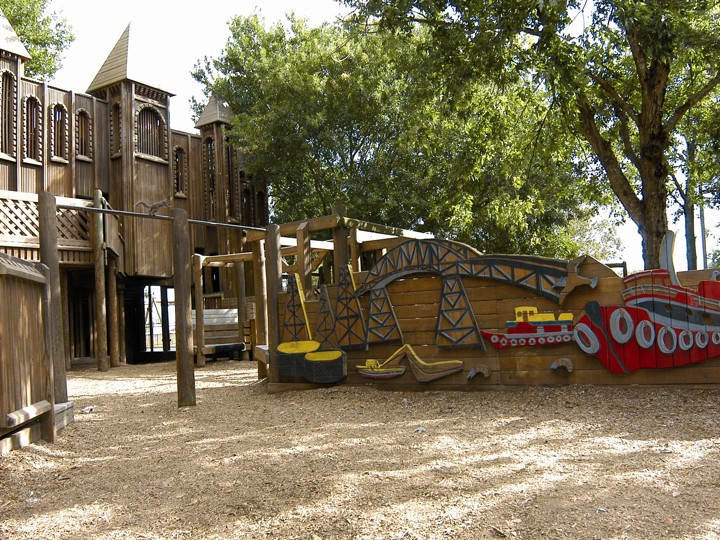 Tugboat Island, built in 1996, is based on the history of Fort Grigsby, and includes a giant tugboat and a castle. This super structure was awarded the American Wood Preservers Institute “Playground of the Century” award. Tugboat Island is a playground in Port Neches Park that was designed by children, built by volunteers and funded by donations.  It is ADA accessible as designed by the architects.   It is reported to be the third largest playground of its type in the nation. The looks on the faces of the children trying it out for the first time that Sunday is the proof that it is the best fun spot around.
The playground is open to the public, free admission, from dawn to dusk daily. View Map.